The Members of the Addison Police Association are committed to protecting those who protect. 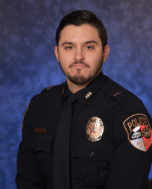 Detective Castaneda graduated from Texas State University in 2012 with a bachelor’s degree in Criminal Justice. Shortly after graduating, he started his career in law enforcement with the Dallas Police Department, where he was assigned to the Southwest Patrol Division. In September of 2014 he began working for the Addison Police Department where he has served as an FTO, OIC, Basic Instructor, Fitness Instructor and RBT/Active Shooter Instructor. Detective Castaneda is currently assigned to Criminal Investigations. He, his wife and children are happy to be part of the Addison Family. 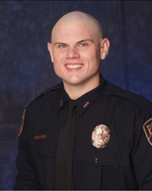 Officer Biggs is from West Frankfort, Illinois. He graduated from Murray State University in Kentucky in 2013 with a bachelor’s degree in Criminal Justice and moved to Texas a few weeks later. Soon after graduating, he began working for the Addison Police Department in 2014. Officer Biggs has been married to his wife since the summer of 2017, and they both love working as a part of municipal government. In 2019, Officer Biggs obtained a Master’s degree in Justice Administration and Leadership at the University of Texas at Dallas. 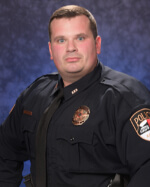 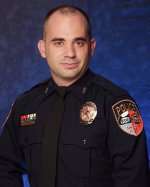 Detective Caravella graduated from Texas Tech University in 2005 with a degree in History. Caravella then went on to serve 5 years in the US Army Infantry where he reached the rank of Captain. While serving with the 1st Cavalry Division in Iraq in 2006-2008 and again in 2009, he was awarded the Bronze Star, 2 Purple Hearts, and the Combat Infantryman Badge. After an Honorable Discharge in 2010, he then joined the Addison Police Department. Caravella has been assigned to Criminal Investigations since 2014 and previously served as the Association Treasurer from February 2016 to April 2019 before serving in his current position as the Sergeant-at-Arms.

Chris Aller was born and raised in North Idaho. He graduated college with a bachelor's degree in criminal justice from Boise State University before moving to Texas in the year 2000. His first job in law enforcement was as a dispatcher for Texas A&M University Police in College Station. Shortly after, he moved to Corpus Christi and worked for Texas A&M University Corpus Christi, as a Cadet and after the police academy, he worked patrol for 2 years. He also worked for the Texas Alcoholic Beverage Commission (TABC), Tarrant County Constable's Office, and the Westworth Village Police Department. Officer Aller has his Master Peace Officer License through TCOLE, and came to Addison in July of 2018 and works on patrol. Officer Aller is engaged to be married and has two children from a previous marriage.